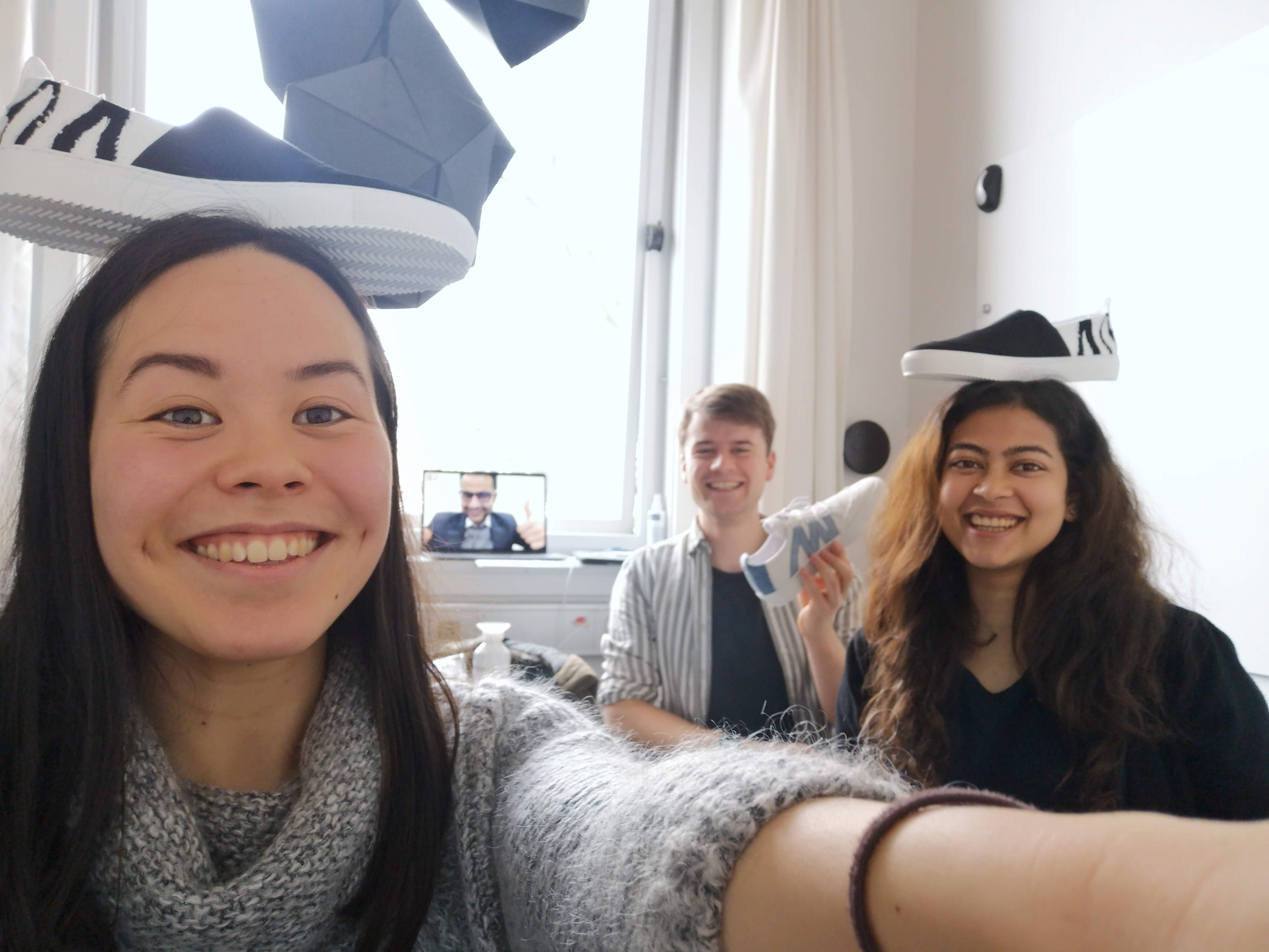 From Connection to Collaboration

In September last year, we went to the preparation meeting for CBS Entrepreneurial Day. Here we hit up some casual conversation with the people sitting next to us. Skip forward to now, and we have just launched our very first crowdfunding campaign – due to these people and their amazing start-ups.

Check the campaign out here

When Wair signed up for CBS Entrepreneurial Day last year, it was in the hopes of testing our prototypes of upcycled shoes made from textile waste and meeting potential interns. We knew that we had the opportunity to talk to many people from our target group, and that we thereby could get some insights into their thoughts about our designs and the idea itself. We had been working hard on making prototypes and now it was time to show them to the world.

What we did not know, was that we would also find some friends among the other start-ups participating in CBS Entrepreneurial Day – and that two of these would make our goal of making a crowdfunding campaign a reality.

The two start-ups that we met last year are Circular Innovation Lab and Jordnær Creative.

At Wair we are on a mission to give textile waste a second chance by transforming it into upcycled shoes. All three missions are quite different, but we are still united in our sustainable purpose – which was also topic of CBS Entrepreneurial Day 2019.

Hearing about both of these start-ups and their missions was super inspiring. It was not about seeing who could be a potential business partner that we started talking to them, it was out of pure curiosity. When CBS Entrepreneurial Day came around we continued the talks, so when we left that day, we felt that we had made some new friends and valuable connections.

From connection to collaboration

When we started planning our Crowdfunding campaign a few months later, we reached out to Jordnær Creative to hear if they wanted to make the video with us. The campaign video is extremely important when it comes to crowdfunding, so we knew that we needed help from professionals.

As for the platform, we were thinking to go with Kickstarter to begin with. However, we also wanted to hear with Circular Innovation Lab how far they had come since last time. We knew that with Kickstarter or Indiegogo we would just be one out of a thousand – whereas with Circular Innovation Lab both parties would be equally invested in making the campaign a success. Luckily, they were ready to launch and agreed that it would be a win-win situation to make the campaign together.

Both the video and the overall campaign have turned out well. It has definitely been hard work and a lot of back and forth about the last details. This is also why we are so happy that we chose to work with Jordnær Creative and Circular Innovation Lab. It is an overall win-win situation, where we all want each other to succeed and can trust in each other.
Time has yet to prove if the campaign will be a success in terms of the funding, but so far we are very happy with the positive responses and the traction we have had on the page.

Seeking out the conversations

Most of the time, running a start-up is hard work – but sometimes it also comes down to plain luck. I cannot count how many times a single person that I have randomly met, has made a significant difference in the course of Wair.

However, it is not luck to be courageous enough to start the conversation. I have never really been a fan of mingling – I have always preferred to leave early. But – after seeing how a few casual conversations have turned into incredible results – I am trying to be more open to these conversations. It kind of helps putting the word “mingling” away, since it for me symbolizes superficial conversations where everyone are only in it for themselves. Instead I just think that I would like to learn something today – and there is always something new to learn from new people.